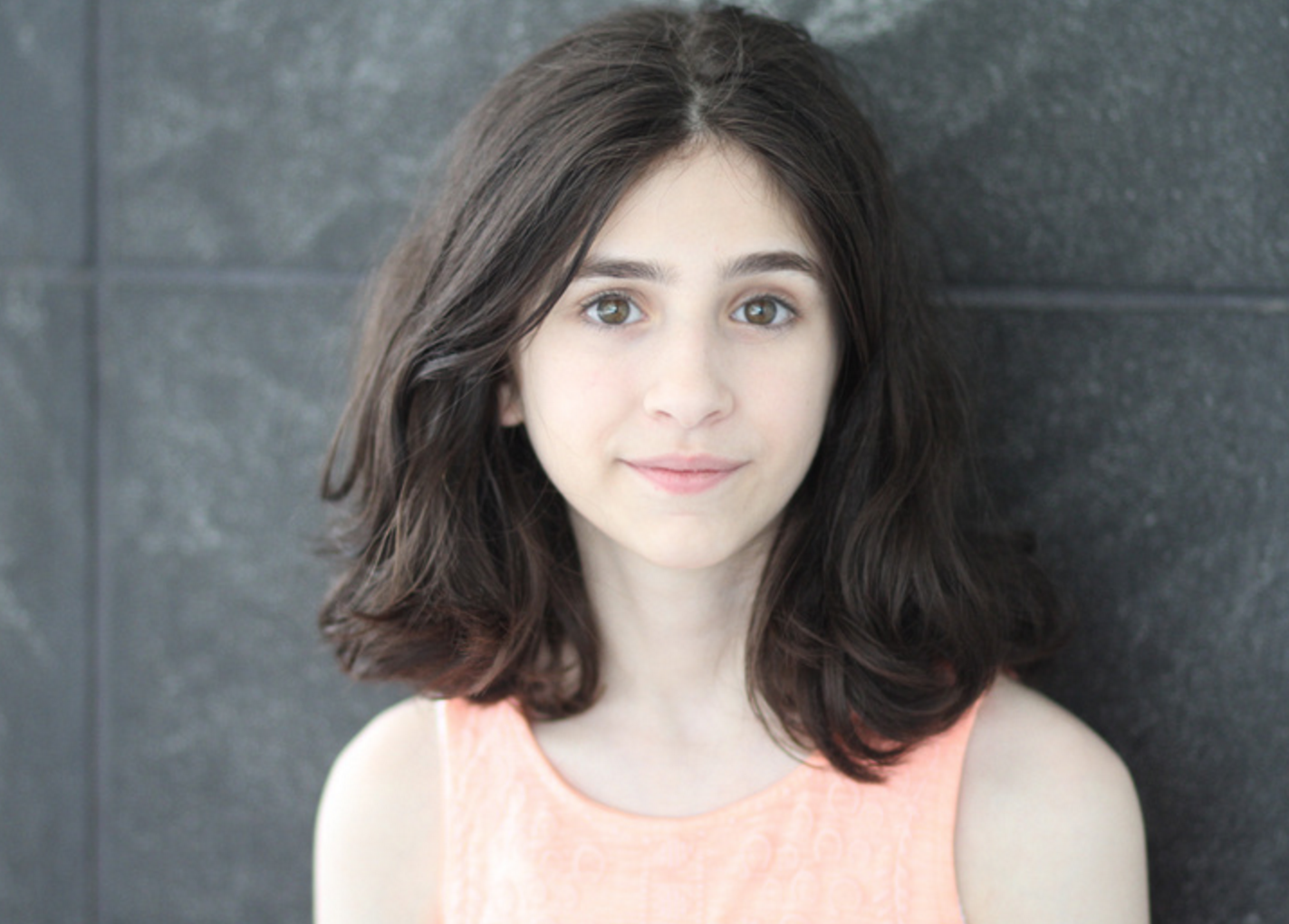 Posted at 18:43h in Comedy, News by maevepress_admin
0 Likes
Share

GOLD Comedy is an organization based in NY that gives girls and women the tools to find their funny and the places to share it with the world. They amplifying girls’ and women’s voices. Literally, with a mic! And MORE. Here’s a Q&A Maeve did with Cassandra Alcide from Gold.

Mini Q+A with Maeve Press
Maeve Press is a 15-year-old comedian, actor, and superhero from New York City. She was the youngest comic ever to perform at Boston’s Women in Comedy Festival, and was recently profiled on NPR’s Here & Now.
NEWS FLASH: Maeve hits the Hoboken Comedy Festival stage this Sunday at Taphaus. Get tickets here!

Favorite response to a heckler or troll?
Shhhh….

Describe your worst gig.
I showed up and half of the audience was made up of 7-year-olds, which maybe I could have dealt with, but the other half was their younger siblings. I’m not sure who was more confused, the kids or me. At one point a toddler screamed out, “But I don’t want to die!”

Comedy is tough. What helps you stick with it?
I think it is just my love of the art form. Every time I get a chance to speak the ideas in my head and make people laugh I feel like the luckiest person in the world and I just want to get back up again. Every person who has taken a moment after a show, comics and audience members, to tell me they enjoyed my show inspires me to continue.

Best comedy advice you ever got?
“It’s easy to bring the intelligence of a room down with cheap laughs, but almost impossible to bring it back up.”

Worst comedy advice you ever got?
“People won’t understand that,” or “People won’t accept that coming from a young girl.” If your material is honest, true to who you are, and makes you laugh, then do it. If it doesn’t work, you will figure out if it’s not worth it or if you need to find a better way to communicate your idea.

Did someone inspire you to be a comedian?
Tig Notaro. When I first started doing my own comedy I saw a few small clips of her on YouTube including the one where she’s pushing a stool around for about five minutes. I immediately saw that it was okay to be different and take risks.

How has being funny helped you in your offstage life?
I am socially awkward and I have always been self-conscious about having learning disabilities in school. Humor has helped me get through difficult times, accept myself, and put other people at ease.

Single word that always cracks you up?
Poop. OK, I’m still young and I had to be honest.

What advice do you have for how standup comics can level up from open mics + bringers to actual SPOT-spots?
This is just beginning to happen for me. My advice is to get up as much as possible on the open mic level and try to treat them like they are real shows even if there are only two drunk people and a mop in the audience. Try to tape yourself as much as possible because you can learn a lot watching your own sets and you might need that tape to submit to try to get those actual spots as well as festivals.

What’s your first impulse when someone says, “Women aren’t funny”?
You show me one Mussolini and I’ll show you one Lucille Ball.

On your deathbed, what transcendent advice would you croak at a young comedian?
I just imagined myself on my deathbed and the first thing that popped into my head was an image of me as Snow White surrounded by the dwarfs. I will make the dwarfs into awesome comedians and I’m singing to them, “If you think its funny, its funny, if nobody laughs, just believe in your instinct and tweak that thought… Honey.” There, I rhymed.