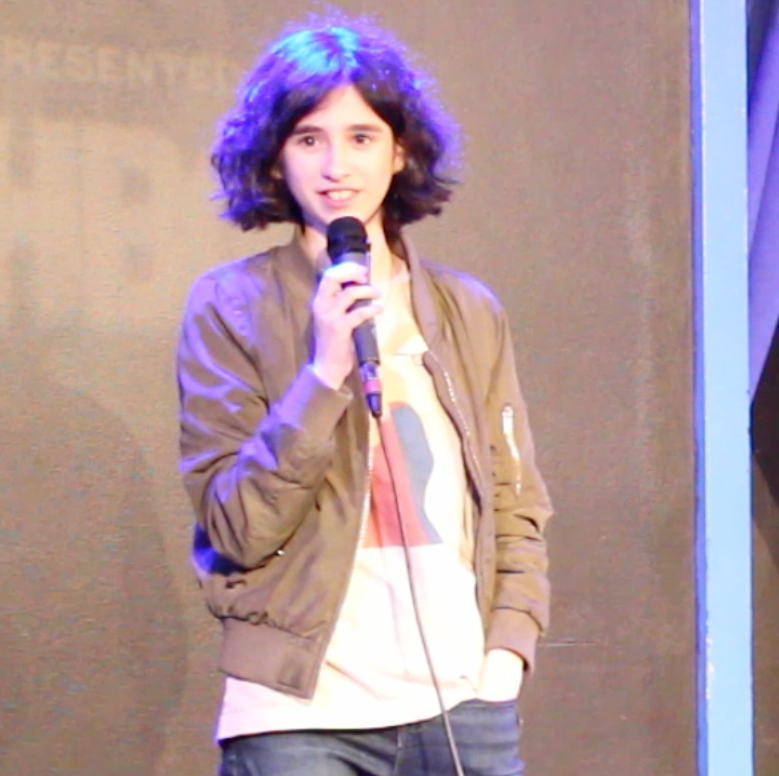 Posted at 01:11h in Comedy, News by maevepress_admin
0 Likes
Share

Maeve did three shows at the 2018 Women in Comedy Festival in Boston. Packed in audiences saw her at the Rockwell in Somerville, ImprovBOSTON, and 730 Tavern. Read about some of Maeve’s experience at this year’s festival here The Interrobang.

From The Interrobang:
“one of the festival’s youngest performers, fifteen year old Maeve Press. Press, too, understands the importance of being in community with talented and supportive comedians to develop her craft, telling me after the showcase, “it’s nice to be surrounded by so many creative people who are also trying to do the same thing you are, pushing you forward.” She made her debut at last year’s festival – yes, at fourteen years of age – and can already see how she’s grown since. “When I came last year, I had just started kinda doing comedy really seriously, and when I came here I was a lot more memorized and stiff. Coming back again, it’s nice to see I can look at the audience and they’re not going to judge me. It’s nice.”