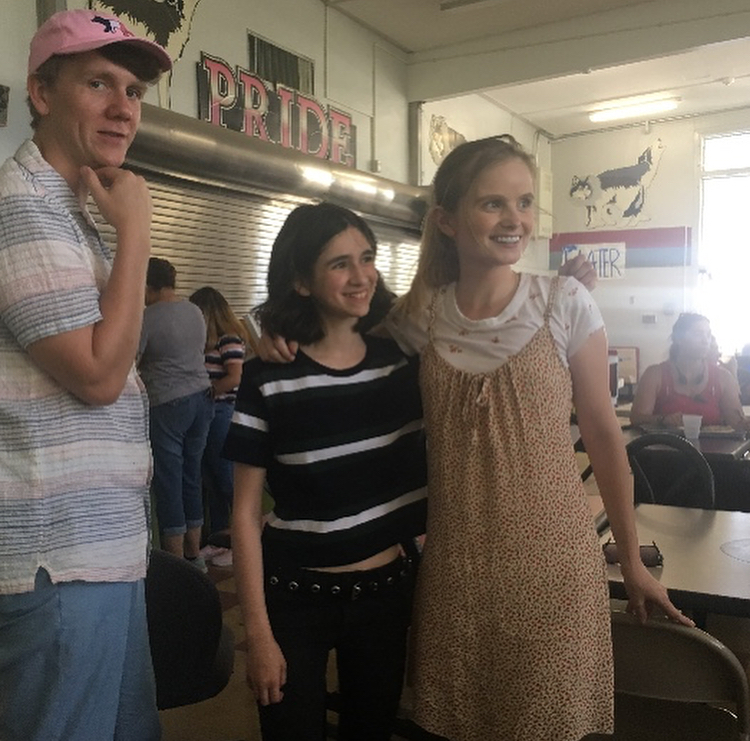 Posted at 21:16h in Acting, News by maevepress_admin
0 Likes
Share

Maeve stars in the new Freeform pilot, “Everything’s Gonna Be Okay” by Josh Thomas.  Maeve just wrapped shooting the hour long pilot in LA and is thrilled to be a part of such talented creators, actors and crew.  Here’s the press release below:

Today, Freeform officially begins production on the pilot “Everything’s Gonna Be Okay” in Los Angeles. Written by Josh Thomas, the creator of the critically acclaimed, heartwarming dramedy-series “Please Like Me,” the half-hour comedy pilot introduces Nicholas (played by Thomas), a neurotic 25-year-old who suddenly has to grapple with the loss of his father while figuring out how to be a guardian to his two teenage half-sisters.

Joining Thomas as series regulars are newcomers Kayla Cromer (“South of Hell”) who will portray Nicholas’ 17-year old half-sister Matilda, a witty, wide-eyed musician who is on the autism spectrum; Maeve Press (“Theresa Is a Mother”) will portray 14-year-old comedic oddball Genevieve, who is the youngest of the siblings and the most dramatic; and Adam Faison (“Liberty Crossing”) rounds out the cast portraying Alex, Nicholas’ love interest who finds himself in the middle of family drama.

Thomas created the concept, wrote and stars in the pilot with David Martin, Jon Thoday, and Richard Allen-Turner serving as executive producers for Avalon Television. Stephanie Swedlove and Kevin Whyte also serve as executive producers. Produced by Avalon Television and Freeform Studios, it will be distributed internationally by Avalon Distribution. The pilot is directedby Rebecca Thomas (“Stranger Things”).

About Freeform
Part of Disney|ABC Television, Freeform connects to audiences and goes beyond entertainment with bold, original programming and immersive social engagement. As Disney’s young adult television and streaming network, it delivers a unique mix of quality original and acquired series, plus fan-favorite movies and the holiday events “31 Nights of Halloween,” “Kick Off to Christmas” and “25 Days of Christmas.” The Freeform app is a service that allows viewers with participating TV subscription services access to 24/7 live viewing of the network, as well as continued on-demand access via a wide array of devices.

DIRECT LINK TO THE PRESS RELEASE